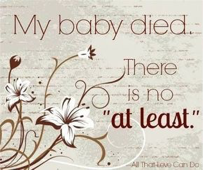 
When others say "at least you know you can get pregnant", it's so uninformed and hurtful. Scientifically, getting pregnant is nothing short of a miracle. You have to release an egg, and that egg has to meet with the sperm and then allow a dominant sperm in, then travel to the right place in your body; duplicating cells and ensuring 23 of his chromosomes and 23 of yours are all configured and good to go; your progesterone levels have to keep rising and form a plush uterus, the baby's home for around 40 weeks...
The thing about miracles is just because it has already happened, there is no guarantee that it will ever be able to happen again. Have these people who say "at least you can get pregnant" not heard of secondary infertility?? I've met, on our 3 years journey, many people who tried for years and years; many until their fertile years actually finished; to extend their family. They had already been blessed with a child and desperately wanted another. It was not to be for them - they were not able to have a sibling for their first child. This is secondary infertility. But, some would say, "hey, at least you know you can get pregnant". I can imagine that is not helpful whatsoever in that situation!


Another reason this awful saying is just that - awful, is the fact it's trying to down-play your current grief... A more polite, 'acceptable' way of saying "there, there *pats back patronisingly* oh well, you can just aim to replace that baby". I saw a quote on Pinterest that said something like "if my baby dies, you simply tell me to have another, but if I were to lose my mother; would I infact want another?" It's making the very valid point that there are certain people in life who are irreplaceable. MY BABIES ARE IRREPLACABLE. I cannot simply 'get' or 'have' another baby, that will not replace the grief of losing my two.


Another major issue I have with this ill-intended phrase is - how do people think myself and my husband will ever be prepared to go through this harrowing loss a third time?? I certainly do not feel emotionally strong enough (or stupid enough) to risk putting myself through this a third time. That is, afterall, what you sign up for when you risk getting pregnant. Miscarriage is a very real threat and happens; so taking on a pregnancy is taking on also the risk of losing the baby. My husband has said he would feel "beyond cruel" ever expecting me to sign up for that risk again - emotionally it's the worst experience, and physically it's awful. He is adamant he never wants either of us to go through this again. I feel the same. Don't get me wrong, a part of me will always want a baby. A child who we can bring up, teach right from wrong, teach some Spanish and Maths to, take to Adventure Parks, show off to my family... and if someone were to guarantee to us both that if we got pregnant a third time, we would be handed a live baby; one to take home, call our own, register and share our surname with; we would jump at the chance. But we feel after a gruelling 3 years, someone somewhere is telling us "STOP. You are not meant to have a live child". It has been trying to tell us this for 3 years now and so far, we've ignored it. We both feel it's time to start listening. So, you see, when people say "at least you know you can get pregnant", this is not a comfort to me. It's actually more like a tease "you got pregnant, but nothing came of it... Keep putting your life on hold just in case you get pregnant again."


I also know that my anxiety would not be able to cope with a third loss. My OCD is at new heights, my anxiety over losing those closest to me is overwhelming and my worries that a third pregnancy would end how the past two did - with the baby dying; it's too much. Too intense. Pregnancy destroys every aspect of your life; and now in one flippant phrase, people are suggesting I do it again?!


So, saying "at least you can get pregnant" causes great upset. It is not scientifically guaranteed that you could repeat the act and fall pregnant again; with or without fertility treatment IT IS NOT GUARANTEED. And, the phrase assumes you have the STRENGTH to do it all again, which many people won't have. It also assumes that IF you got pregnant again - it'd stay alive.


"At least it was only early on" insinuates that the baby (or babies) were less important . My babies may not have had the time allowed to them to grow legs, hands or eyes. But they all had a heart. They all had a head. They all had genetically a part of my husband and a part of me in them. They still fed from my body. No, I cannot share a cute picture of my babies with you. I cannot buy clothes for them. Nor a cot, a pram or toys. They did not make enough of an impression on the world. Only I felt my stomach and breasts expanding; my uterus growing to incorporate a growing gestational sac. Sadly, because I am the only one to have experienced my babies from the inside out, and my husband witnessed this from closely by my side. This means my babies did not make enough of an impression to any of you - that does not mean they are less important. So no, not "at least it was early on" because, maybe if it hadn't have been so early on, more people could have got attached to my babies, and more people would be able to mourn them fully - maybe that would help ease my grief; which, as comes with early miscarriage, often feels so solitary and lonely.
I am not saying late miscarriage, or infant loss, is any 'easier'. Not at all, in fact, I can see many reasons why it would be even more harrowing - many reasons. I am simply trying to say - my babies mattered no matter how little time their hearts were beating. They were here for long enough to capture pieces of mine and my husband's hearts and take them away with them. They matter.


Instead, when you hear someone has lost their baby please please please just be in the here and now with them - do not try to cover up their grief. Simply say "this loss you are experiencing now is horrendous". Because, it is.
Labels: baby Life loss miscarriage pregnancy 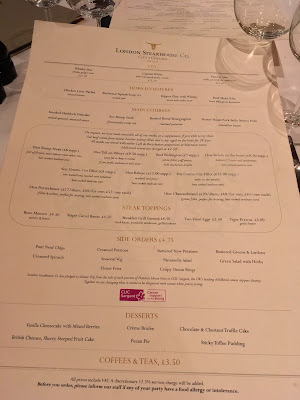 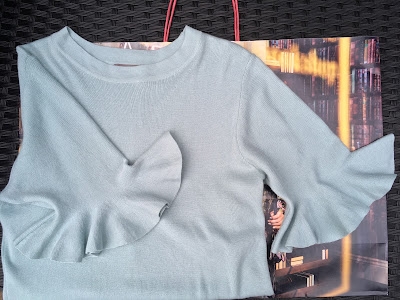